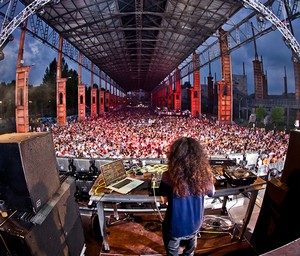 Nicole Moudaber is currently taking the world of electronic music by storm.

Originally from Lebanon via London, Ibiza and New York City, she now tours the world’s biggest and best clubs and festivals, setting dance floors alight wherever she goes.

Working with everyone from Danny Tenaglia and Victor Calderone to Adam Beyer and Skin from Skunk Anasie, Nicole’s debut album “Believe” was released last year on Drumcode to massive acclaim. Meanwhile her brand new collaboration with Carl Cox “See You Next Tuesday” will be hitting the stores in time for Miami via her own imprint Mood Records.

With her brand new radio show “In the Mood”, Nicole fuses her uber cool street style with everything from deep hypnotic house to her trademark uncompromising techno sound. Welcome to the new queen of the airwaves…